Mould is a fact of life, and many properties may have an issue without even realising it. In very small accumulations, mould may not be too much of an issue, but if it has been left to accumulate behind the scenes or has taken over a particular area, you'll certainly want to think about its removal. But what exactly is black mould, a common type of infiltration, and how can you get rid of it?

Black mould is often referred to as "toxic" as it can certainly cause health issues in some vulnerable people. This type of mould gives off mycotoxins that could lead to skin irritation, breathing issues or nausea in some cases.

Mould will grow wherever there is inadequate ventilation and a presence of moisture. Consequently, it can be a threat in many areas of the home, including bedrooms, kitchens and bathrooms. If you do not control humidity levels carefully, mould can grow in HVAC ducting and in dark or difficult to access areas in almost any room. If you have humidity issues, don't be surprised if you move a wardrobe from a corner of the room and discover that the entire back surface is covered in black mould.

Other Areas to Look

Some people may discover large mould growth in cabinets underneath their sink or an area around a bathtub when they take away decorative panelling. This can be quite shocking to see on the first encounter, and it's important to take action to get rid of such an outbreak as soon as possible.

How to Deal with Black Mould

Certainly, some over-the-counter products are designed to defeat black mould, and some people will turn to bleach or white vinegar. Yet this can be a challenging task and may not always be successful. Further, if you do not deal with the causes of the problem as well, the mould is likely to return quite soon.

In most cases where an outbreak is quite significant, it's best to bring in contractors who will have experience in the area. They'll not only get rid of the accumulation but will also advise you on how to stop it from coming back.

Don't just ignore the problem and understand that it is a very common threat. Look carefully at any hidden areas in your home and take action should you come across a presence of black mould.

From Baking Soda to Vinegar: A Cleaning Blog

From Baking Soda to Vinegar: A Cleaning Blog 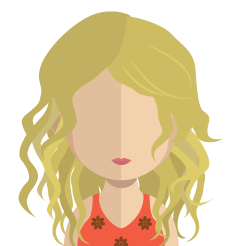 Hi, my name is Cindy, and I was raised by "hippies" who did not like chemicals. As a result, I learned how to clean almost anything using natural substances such as vinegar and baking soda. I even learned tricks about when to use hot versus cold water and how temperatures can affect how clean something becomes. If you want to learn about cleaning, you have come to the right place. In this blog, I plan to cover the tricks I learned as a kid as well as some changes and alterations I made to those strategies over the years. If you are facing dirt or stains, I hope this blog helps you with that fight. Enjoy!

How Should You Deal with an Outbreak of Black Mould?
2 June 2022

Mould is a fact of life, and many properties may h …

Your office can tell your prospective customers wh …

Maintaining a professional and welcoming look in y …